http://www.nepaconstructionservices.com | 1-855-374-7826 This homeowner had his crawl space previously fixed by another company, but when his neighbor had his home's crawl space treated and encapsulated by Burke Construction, he began having second thoughts. "I was so impressed with how everything was done to perfection, that I regretted ever starting with this other company that had done the work before. Burke Construction is a Stroudsburg, PA -based remodeling company specialized in bathroom and kitchen remodeling, spray foam insulation and crawl space encapsulation.
Nick K. of Stroudsburg, PA
Tuesday, October 13th 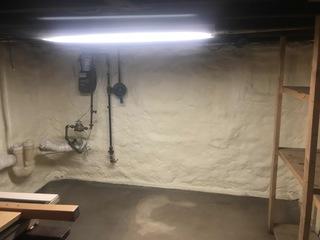 We chose Burke Construction because we were impressed with Craig and his willingness to get the job we wanted done. I was in constant contact with him during our selection process. He always returned calls and was happy to address other concerns we had with our home. We had appointments with a few contractors but after meeting Craig Moucha, we were sold on choosing Burke Construction for the work we wanted done.
Theda C. of Nazareth, PA
Thursday, August 16th
I hired Burke Construction - Dr. Energy Saver to insulate the knee walls of an existing room and add insulation to a cantilevered area of the house. The showed up on time, neatly performed & EXPLAINED all work. They also took care to clean up. Grade A!
Shari C. of Blakeslee, PA
Thursday, May 26th 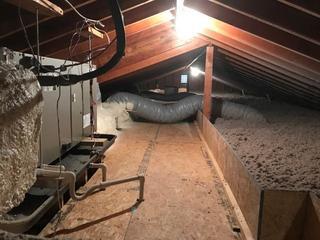 Excellent overall! Crew arrived as scheduled. They were careful with our home, courteous, respectful and personable! They performed above our expectations!
Allan E. of Monroe County, PA
Monday, March 27th
The home show at Kalahari intorduced me to Burke Construction. They did exactly what I needed in a timely manner at a reasonable cost. The workers were freindly and efficient clean up was excellent! I would use this company again in the furture.
Hilary D. of Long Pond, PA
Wednesday, June 14th
I hired Burke Construction Dr. Energy Saver to insulate our attic and other area's of our home. They were on time and performed the job as described. Very professional and courteous crew explained the process every step of the way. Very happy with Jason and the entire process!
Laura S. of Mount Bethel, PA
Friday, February 26th
I hired Burke Construction Dr. Energy Saver to install a CleanSpace Crawlspace encapsulation system in my home. The team was knowledgeable, courteous, on-time and very Professional. I would definitly use Burke Construction again in the future!
Gabrial A. of Henryville, PA
Tuesday, April 12th
Very pleased with work performed and final results. Jeremy is a great guy as well as his workers. Would not hesitate to use Burke construction for any and all future home improvements.
Randy W. of Allentown, PA
Tuesday, July 21st
We hired Burke Construction to encapsulate our crawlspace. The team was very polite, professional and they were able to complete the job sooner than anticipated. I would hire them again.
Ken H. of Allentown, PA
Tuesday, August 15th
After considerable research on how to save on energy bills, I decided to install additional insulation to our home. Read a lot of good information about Dr. Energy Saver and contacted the local installer. Matt and Jason of Burke Construction showed up to do a blower door test of our home. We were asked what concerns we had with each floor, and remedies were given. We went ahead and scheduled the work. Installers Mike, and Kevin showed up each day (3) and performed their jobs well. They answered any questions I had, and cleaned up at days end. My wife and I are confident we made the right choice in Dr. Energy Saver, and are expecting to see lower energy bills in the future.
Bill S. of Whitehall, PA
Friday, July 8th
Great team to work with! Everything went as planned!
Jack G. of Bethlehem, PA
Wednesday, July 11th
I hired closed cell spray foam throughout a home we were remodeling. The crew was on time everyday, extremely knowledgeable and professional!
Christopher K. of Palmerton, PA
Wednesday, November 8th
You guys were absolute professionals and I am very pleased with the attention that I have received. You will be my go to contractor in the future.
Alex B. of Mountain Top, PA
Friday, June 28th 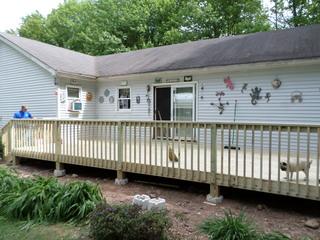 I wanted to let you know how pleased we are with our new deck.  The men who did the work here were quick and efficient and a pleasure to have around our home. Their workmanship was top notch. The few glitches that arose during the construction were dealt with in a very professional manner and handled with our satisfaction in mind.  You and your whole team are a pleasure to work with. We have had two gatherings on our new deck already and have recommended you to all our friends and we will continue to In the future.
Roy & Toni C. of Kunkletown, PA
Monday, June 16th
I am writing this testimonial for my father. My dad is Ed H. and he lives in the Poconos. In 2013 three workers from Burke construction came to his house to dry and insulate the crawl space. The house was always chilly and damp and it cost a fortune to heat. My dad was extremely impressed with the professionalism of the men and the superb job of fixing the crawl space. The house is always warm and the cost of heating is way down! He wants everyone to know how awesome you guys are and if people are looking for a contractor they should use BURKE. Thanks for making my dad so happy, Jackie
Jackie H. of White Haven, PA
Sunday, October 12th
Burke Construction installed liner in our crawlspace and spray insulated the walls. The entire crew was professional, clean, polite and they answered our questions thoroughly. We will use them again and highly recommend them!
Doug W. of White Haven, PA
Wednesday, September 20th
Total testimonials : 82

We serve the following areas